A Short History
of Respiratory Protection

Respirators and masks protect the lives of billions of people on a daily basis. For those that use respirators day to day, it’s probably difficult to imagine life without them, but there was a time when this wasn’t a reality. Let’s take a look back.

Back to Articles & Resources View all General Respiratory Protection content 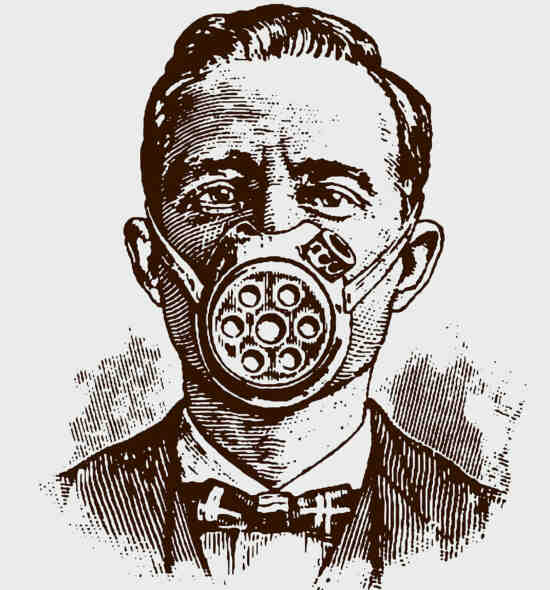 Respirators as we know them today are the result of centuries of trial and error, and illness and injury. While technological advancements in the industrial sector surged ahead, medical knowledge, understanding of the hazards, and worker safety practices lagged behind, and may in part explain why respiratory protection has not developed at the same rate.

The first documented use of a respirator was with Roman philosopher and naturalist, Pliny the Elder, in the early first Century. He used animal bladders to filter dust that was created when crushing cinnabar, a toxic mercuric sulfide mineral used in pigmentation. He believed the bladders would be porous enough to allow airflow in, while also capturing the cinnabar dust that was in the air.

The next documentation was by the Banū Mūsā brothers in Baghdad (850 AD). They developed a gas mask which they wrote about in their book, the Book of Ingenious Devices. This mask was used to protect workers in polluted wells.

Centuries later, famed artist, engineer and architect, Leonardo de Vinci (1452-1519), recommended the use of wet cloths over the nose and mouth to prevent harmful contaminants being inhaled. Like those before, unfortunately his suggestions were rarely implemented and for the most part, people continued to work unprotected.

In 1649, Dutch anatomist, Isbrand de Diemerbroeck examined the lungs of a stone cutter. He discovered a large quantity of stone and sand which would have obstructed vessels and prevented airflow, and was believed was the cause of the man’s death. This discovery is likely the first documented case of silicosis, and the beginning of an understanding of the damage that airborne hazards can present to respiratory health.

During the 17th century, one of the most recognizable forms of PPE was invented, commonly known as the ‘plague doctor costume’. This completely covered the wearer from head-to-toe with boots, gloves, an ankle length overcoat, a wide brimmed hat, and the classic bird beak nose. The inside of the beak would hold dried flowers, such as lavender, or a vinegar sponge with cloves, natural resins, and spices. It was believed this would help mask the bad smells as well as prevent the doctors from becoming infected.

In 1780, Jean-Francois Pilatre de Rozier created one of the first documented supplied air systems. This was used for working in deep wells and cesspits. It worked by using a flexible hose, feeding air from a fresh air source above the ground.

This practice of using supplied air was continued by Alexander von Humboldt in 1799. Used to protect Prussian miners, this respirator consisted of a bag that went over the head and was secured around the neck, as air was fed from above the ground to the miners.

By 1827, botanist Robert Brown founded the theory of the Brownian movement. This was based on the premise that rapidly moving gas molecules caused extremely small particles to randomly bounce. The understanding of this behavior has led to the creation of filter media that can trap small particles, which we use today.

June 12, 1848, marked a huge leap towards the standardization of PPE, with Lewis Haslett gaining the first patent for the Haslett Lung Protector. His filtration system was simple, combining a moistened wool filter, and a one-way clapper valve to filter dust.

During the mid-19th century, German scientists completed studies to examine the relationship between industrial hazards, such as dust and bacteria, and how these hazards impact respiratory health.

In 1897, the droplet theory of infection was developed by Dr. Carl Georg Friedrich. He believed that microorganisms were expelled in droplets once released from the respiratory tract and that this was how transmission occurred. During the same year, Dr Johann Freiherr von Mikulicz-Radecki created a single layer mask using gauze to prevent transmission, forming the basis of the surgical mask we use today.

The use of chemical warfare weapons in World War 1 - containing chlorine, phosgene, and mustard gas, saw the need for mass produced gas masks. These were made with rubber facepieces and charcoal cartridges along with particulate filters that largely reflect the principles and construction of the types of tight-fitting PPE that is used today.

Over the next 100 years, respiratory protection made huge leaps and bounds, far from the days of using animal bladders. This has been propelled by globalization, economic booms, certification standards, manufacturing technologies, trade unions, regulatory bodies, and medical research. As a result, we now have advanced technology that we are very fortunate to use today. People who work in these hazardous fields can now go to work and know that they’re protected properly. As we look back, we can see how far we’ve come, and we get to look forward to what the future holds for respiratory protection.

Donaldson et al. (2017). Death in the New Town: Edinburgh’s hidden story of stonemasons’ silicosis. Journal of the Royal College of Physicians of Edinburgh. 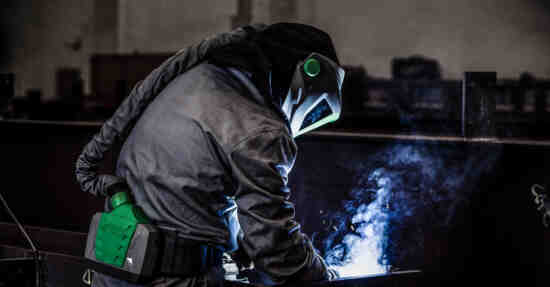 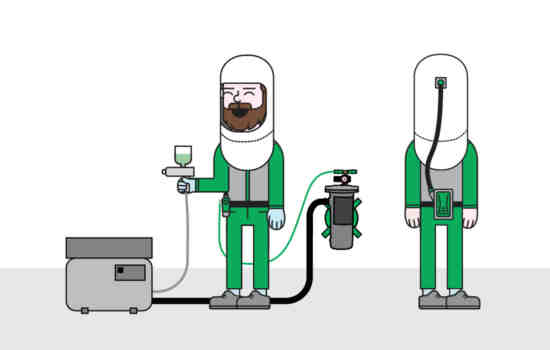 What are supplied and powered air respirators?

Let Moe take you through how a SAR and PAPR is setup and used. 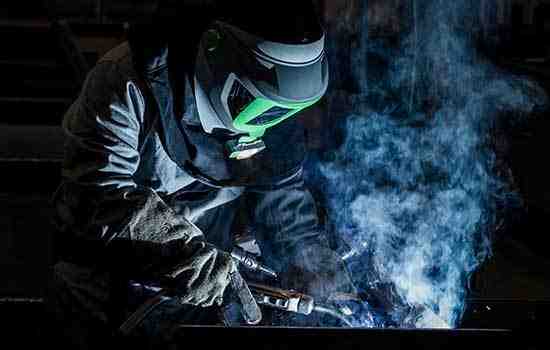 The Responsibility of Respiratory Safety

Each workday, heavy industry employees may be exposed to any number of hazards and risks. So, who or what is helping protect them?