"I've used other products before, but this one by far is lighter. The headgear. I tell everybody the headgear is amazing on it."

Back to Case Studies My name’s Aaron Biefer. Bulldog Welding is the company. It's in Davisburg, Michigan. I started making things for people, and then it was, you know, I'd always just make them, and give them to people and then people started asking for more, and more, and more. And eventually it just progressed to this. That's my original logo, I actually traced his face in Photoshop.

I do signage for companies, people's homes, hand railings, range hoods, just anything and everything that people could possibly want. People bring old broken-down trailers, and even garden tools.

First PAPR that I've owned. I've used other products before, but this one by far is lighter. The headgear. I tell everybody the headgear is amazing on it. The earmuffs on it, it's pretty good. It's quiet. The headgear’s awesome, it's super light. I don't feel any fatigue from having a large filter pack on my back. The light, which is nice.

I definitely think it's better for you, I mean, you see the 60 year old welders you know, that you know can't hardly breathe. It opens your eyes a little bit. The old q-tip when you're done welding for the day, I notice that I don't need to do that near as much as I did anymore.

I'm willing to spend more money for something that says made in the US, versus you know, saving a couple dollars and waiting three weeks for it to get get here from overseas. I mean, it's a nice thing. I like supporting local businesses. 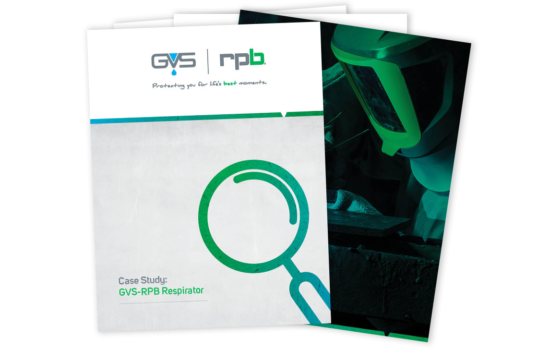 The headgear’s awesome, it’s super light. I don’t feel any fatigue from having a large filter pack on my back...

What are your life's best moments?

"We go camping, we just planted a garden yesterday. I do target shooting. This takes up a lot of time, but I mean it's also fun for me too." - Aaron Biefer

Hear more stories from the people who use our products every day.

Check out the product page to learn more about the RPB Z4.

For all the latest articles and educational content about welding visit the RPB Discovery Center.